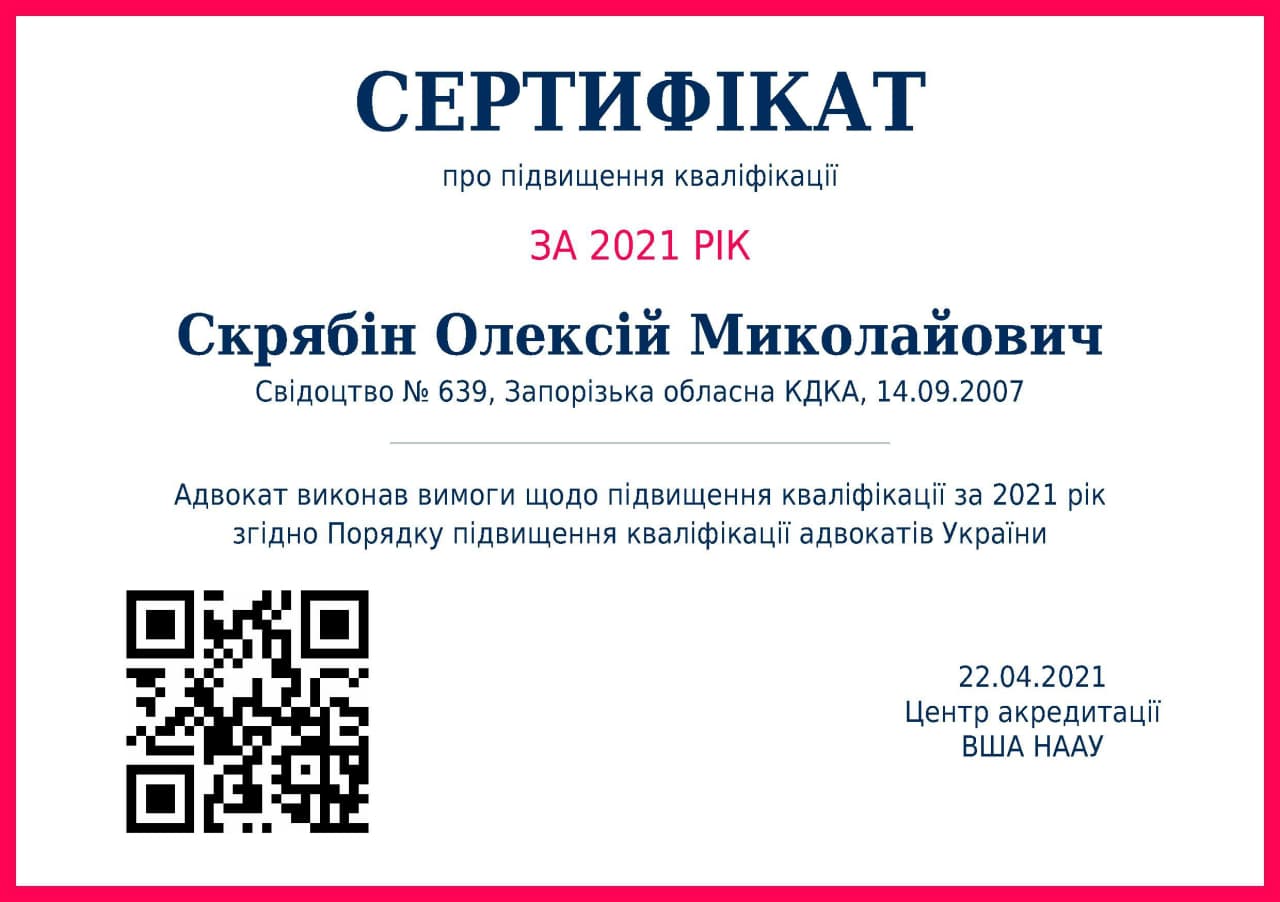 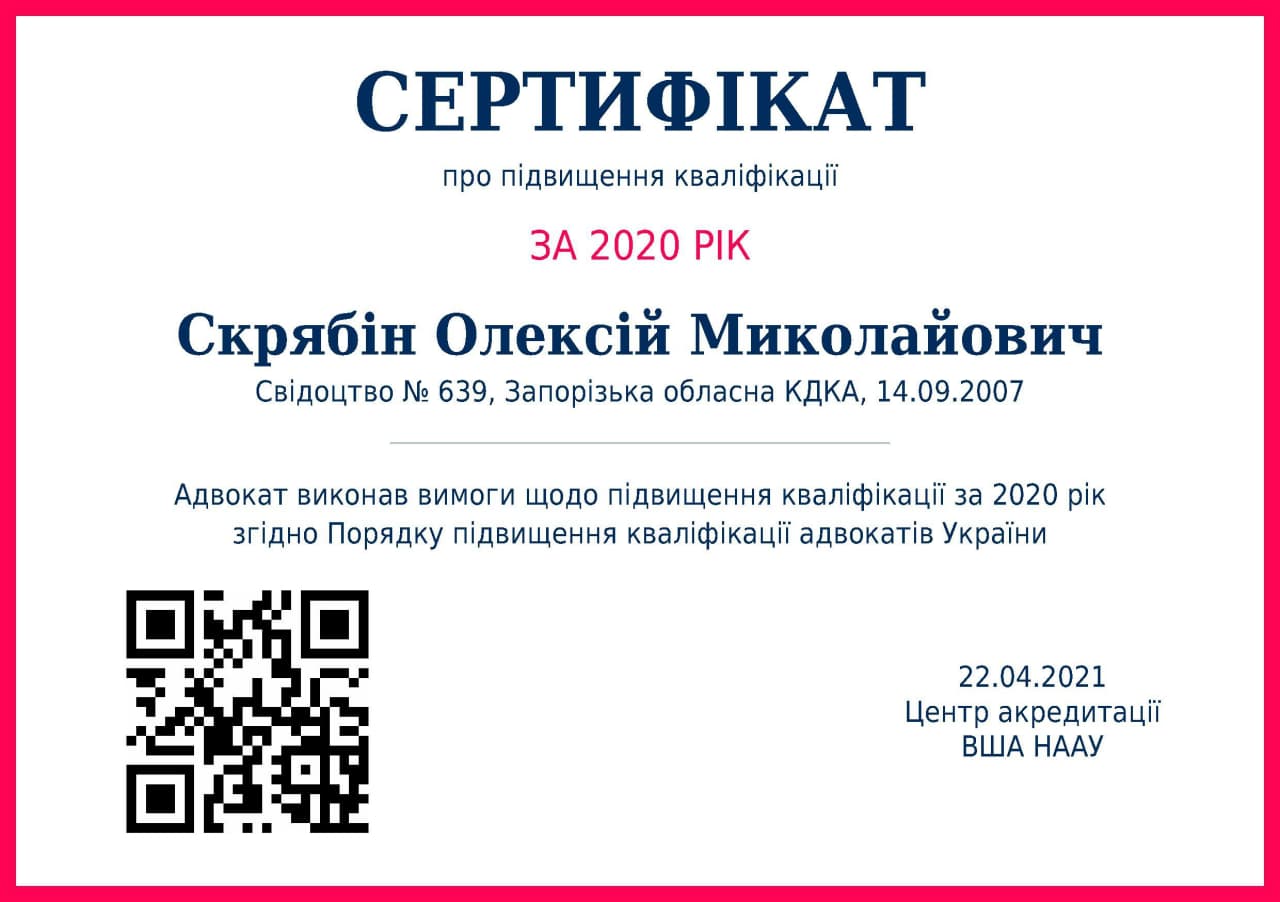 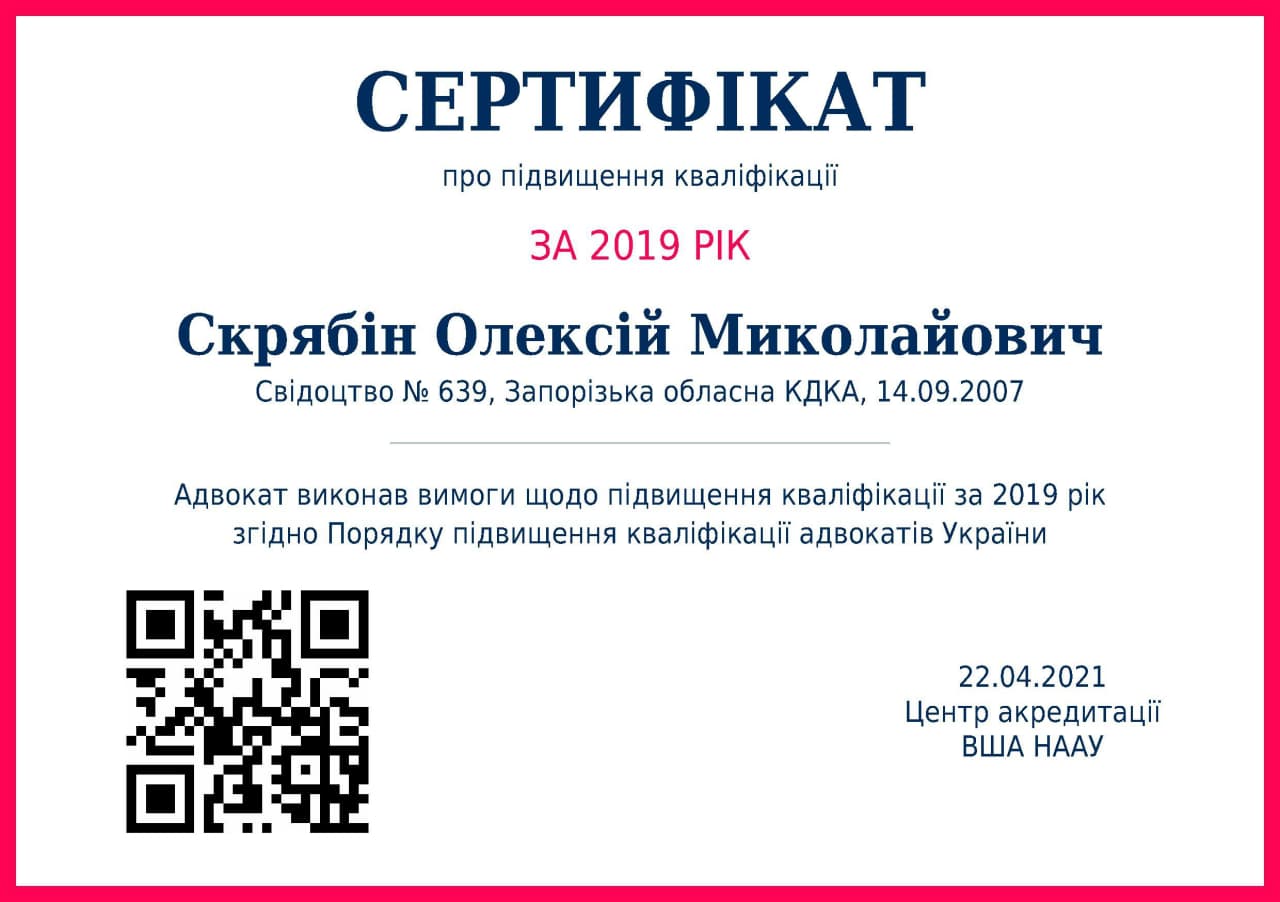 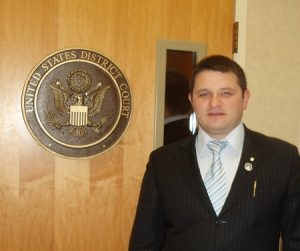 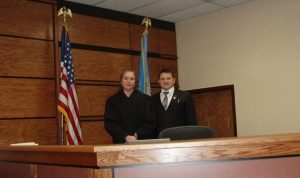 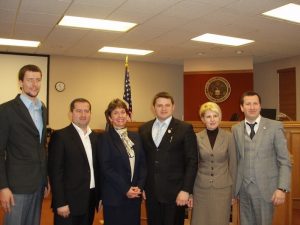 The meeting is organized by Judge Jeff Davis, President of the Court and Ms Christie Wammen, Administrator of the Court. It is a state court with 7 judges appointed by the governor. This court hears cases from four districts. 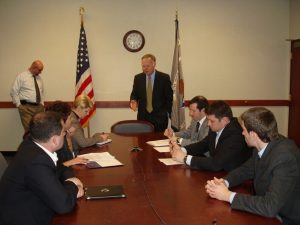 Mr. Rod Lefholtz, a former Pennington County attorney and practicing attorney, talks about the general structure of the South Dakota justice system. They focused on criminal cases and talked about the courts of civil jurisdiction. It also focused on tribal (tribal) courts. 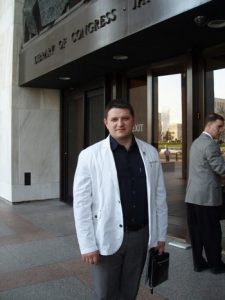 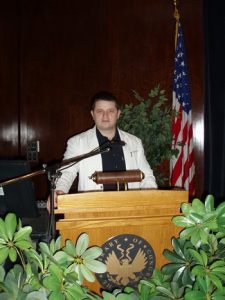 The Library of Congress was founded in 1800. At this time, it was located in the Capitol House and consisted of reference books on legal and legal issues. In 1814, during the Anglo-American War, English soldiers set fire to the Capitol and the library was lost. The following year, 1815, President Thomas Jefferson, who at the time owned the best collection of books in the country, to which he devoted 50 years of his life, offered Congress to buy his library. The library was purchased and became the basis for the new Library of Congress. In the personal library of Thomas Jefferson, publications from various fields of human knowledge were presented, so the Library of Congress became universal. At present, the library fund has 130 million items in four hundred and seventy languages. In total, the Library of Congress has 23 reading rooms located in three buildings on Capitol Hill. The first house specially built for the library in 1897 is located opposite the Capitol and bears the name of Thomas Jefferson. The John Adams House, located east of Jefferson’s, was completed in 1939. There, on 10 floors, 10 million volumes are stored. The James Madison House, completed in 1980, is located south of the Jefferson House. This building houses the administration office and various services. Although the Library of Congress has historically been designed to serve the needs of Congressmen, anyone over the age of eighteen can use the library’s materials free of charge by registering with the Madison House upon presentation of ID. 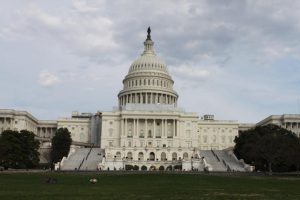 A congressional decree on the construction of the capital on the banks of the Potomac River dated 1790, and already in 1792 a competition was announced for the best design of the Capitol building. The competition was won by William Thornton, a 33-year-old amateur architect. Although the construction of the Capitol, as well as the capital itself, advanced slowly, in the fall of 1800, the first meeting of the government had already taken place in the newly completed northern wing of the Capitol. As soon as the construction of the first stage of the “temple of democracy” of a free country was completed, the Anglo-American war of 1812-14 broke out, and in August 1814 the capital was occupied by the British. The capitol was set on fire and did not burn completely just because a sudden rain put out the fire. The loss caused by the fire was so great that the government even considered moving the capital to another city. But as a result of debate, a decision was made to restore the Capitol, and until 1825 an important building was restored. In the first half of the 19th century, the country grew rapidly, the number of states increased, and two more wings were added to the Capitol House in 1850-60 to accommodate more parliamentarians. The heart of the Capitol is the Rotunda. It is not used by the legislature, but is a ceremonial center. The Rotunda welcomes heads of state arriving on a visit, and there are also celebrations dedicated to memorable events and outstanding people. This is the place where many distinguished US citizens were buried: presidents – from Abraham Lincoln to Lyndon Johnson, prominent members of Congress, as well as war heroes. The complete reconstruction of the building was completed in 1863. The dome also had to be redone, because the old one did not correspond to the size of the new house. The dome is crowned with a bronze statue of liberty, known as “Will, Triumphant in War and Peace.” The statue with its right hand rests on the handle of the sheathed one, and in the left hand it holds an embroidered laurel wreath symbolizing victory. The House of Representatives is located in the south wing of the building, and the Senate in the north. The offices of members of the House of Representatives are located in three buildings on the south side of the Capitol, on Independence Avenue. Senators’ offices are located in three buildings on the north side of the Capitol, on Constitution Avenue. The Senate has one hundred members, two representatives from each state. Senators are elected for a six-year term; a US citizen who has reached the age of thirty can become a member of the Senate. The House of Representatives has 435 members. The number of representatives from a state is determined by the size of its population. Each state is entitled to at least one representative. A member of the House of Representatives can be a citizen who has reached the age of twenty-five, has been a permanent resident of the state, and has been a US citizen for at least seven years.

Michael Messina is Assistant Judicial Assistant to Robert W. Pratt, Chief Justice of the Federal Court for the Southern District of Iowa. Michael began his career in the judiciary in 1983 as a paralegal in Pratt, representing plaintiffs before the Social Security Administration and the Iowa State Industrial Working Conditions Commission. Plaintiffs file a petition with these agencies hoping to receive disability benefits under the Social Security Act or the Iowa Workers’ Compensation Insurance Act. Michael specialized in social security assistance. In 1997, President Clinton appointed Robert Pratt to the office of federal judge for the United States District Court. Michael became an assistant judge for litigation. Prior to the appointment of P. Pratt as judge, Michael, along with him, took an active part in politics, especially at the federal level. In 2005, Judges Pratt was asked to host a delegation of judges from Russia. It was then that Michael began working with the Open World Leadership Center and American Councils. Since then, he has been the reception coordinator for delegations in his district. He organizes a program of stay, staying with families, and hospitably receives them in his home. 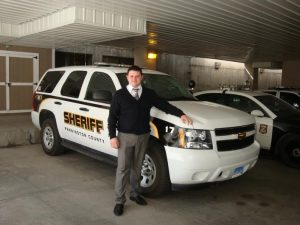 The Rapid City Police Department became the 150th institution of the police system that received national accreditation from the Commission on Accreditation of the Law Enforcement Agency (CALEA) in 1990. There are 142 employees in the department. The status of an accredited institution is a great achievement, which means that the institution meets (or exceeds) the quality requirements of work in the relevant field. Accreditation is recognition that an institution is guided by a methodology / policy that is both conceptually sound and effective. The Rapid City Police Department is the only accredited organization in South Dakota.

In the photo, lawyer Skryabin A.N. with the sergeant of the police department of the city of Rapid CITY – Mark Eisenbraun. 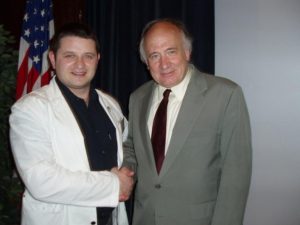 In the photo, lawyer Skryabin A.N. with John Brown.

John Brown joined the Foreign Service in 1981. He worked in London, Prague, Krakow, Kiev, Belgrade, and the latter in Moscow. As a senior diplomat since 1997, he has focused his diplomatic activities on the press and cultural affairs. According to the Department of State’s program, he is a Corresponding Member of the Institute of Diplomacy at Georgetown University, where he teaches a course in public diplomacy. John Brown graduated from Princeton University in 1977. and received a doctorate, his specialty is the history of Russia. Prior to serving in the Foreign Service, he worked at the Kennan Institute for Advanced Russian Studies in Washington, DC, as well as publisher of the joint US-Soviet publication on US-Russian Relations, 1765-1815. His published works include studies of Russian history and articles in the Polish and Serbian press.

From June 5 to June 16, 2016, Oleksiy Nikolayevich Skryabin, a lawyer, was an intern at the Berlin School of Economics and Law under the program of the Ukrainian-German Summer School – 2016 in support of democracy in Ukraine.

The Summer School program included visits to lectures by leading German professors who covered the implementation of reforms in the fight against corruption and the implementation of the decentralization process in Ukraine in the context of international law, where the main issues and principles of building a social democratic rule of law from the point of view of public administration were revealed.

Alexey Nikolayevich Scriabin took part in a workshop at the Berlin Administrative Court with attending a court hearing, discussed topical issues in the German Bundesrat, visited the Berlin police, took an excursion to the German parliament, passed a master class and took part in a business game to build a welfare state.

In general, a visit to the summer school opened up opportunities for studying the culture and customs of Germany, gaining experience for the purpose of its implementation in Ukraine, professional communication with law specialists, teaching staff, studying the experience of the Institute of Civil Society and the local community of Germany, deepening knowledge of foreign languages in professional sphere. 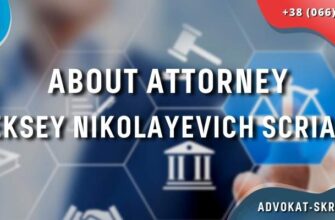 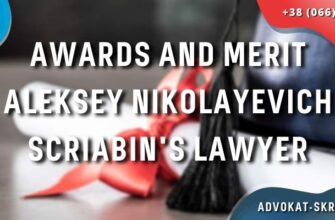 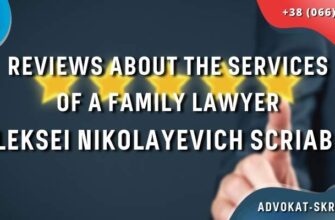 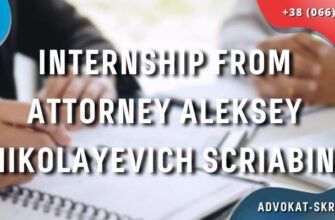 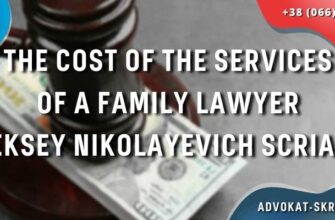 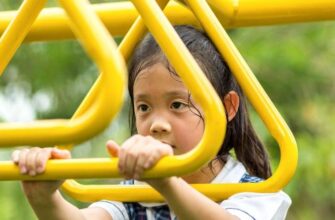 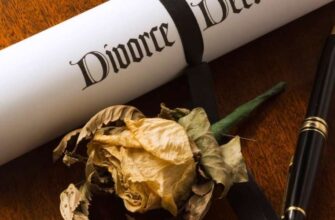 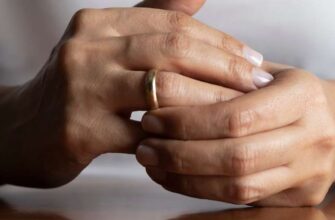